8 Ukrainian higher education institutions are included in the ranking of the best universities in the world QS World University Rankings 2022. This was reported by the Ministry of Education and Science of Ukraine.

In total, there are 1,300 universities in the ranking this year, and it is the largest one since 2004. 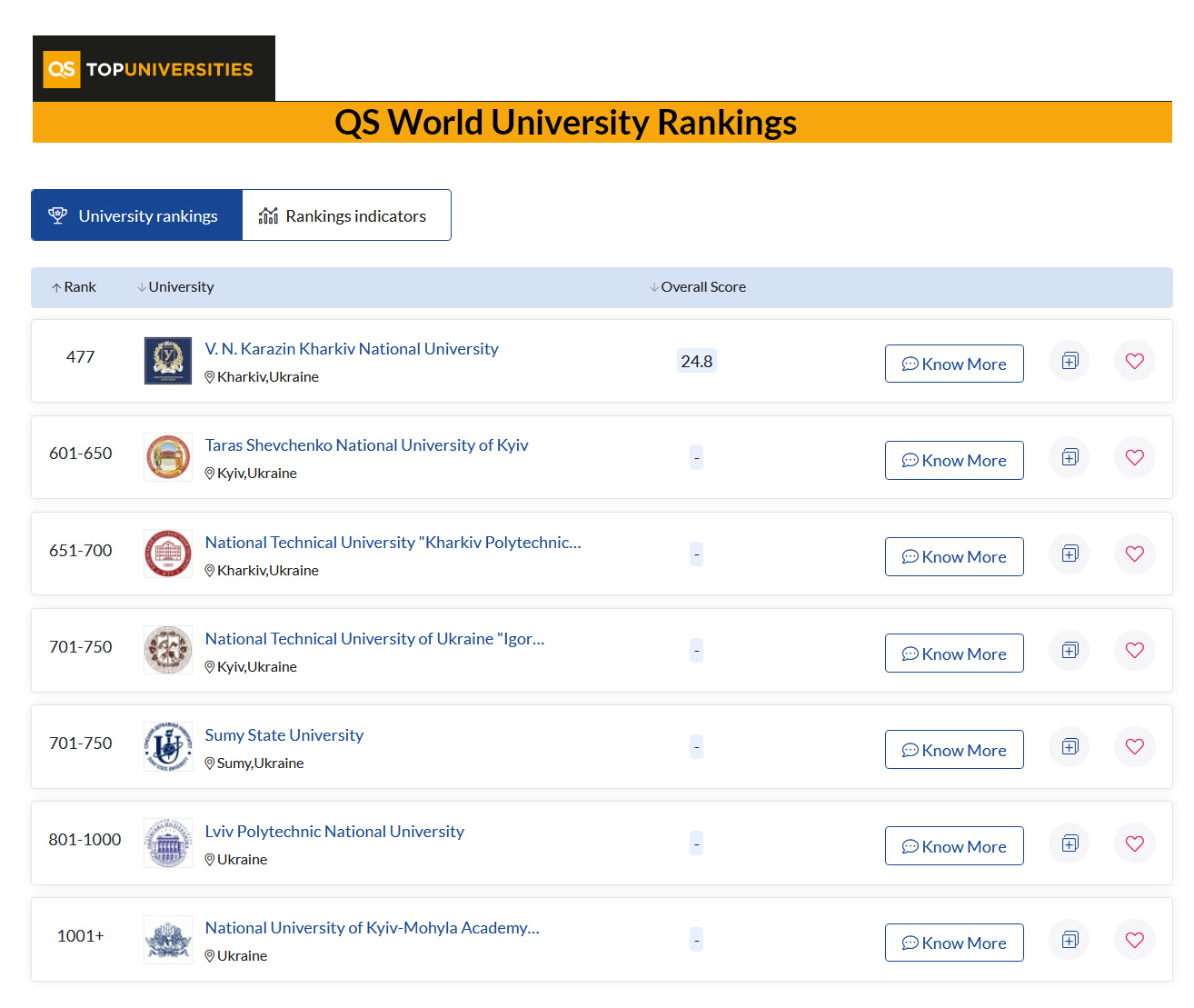 Reference:
QS World University Rankings is a global study and a ranking of world-class higher education institutions based on it. They are evaluated on 5 indicators: reputation in the academic environment, citation of scientific publications among employees of the institution, the ratio of teachers and students, the ratio of foreign teachers and students, reputation among employers.